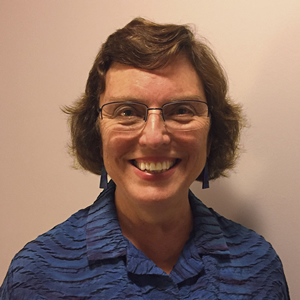 The first born of a Chicago World War II airman and a Southern Belle who met at a USO dance in Little Rock, Terry spent her early years enjoying the tall buildings and short grasses of Peter Stuyvesant Town, a veterans’ housing project in Lower Manhattan before moving north to the suburbs where she briefly served as a Smokey the Bear deputy.

Terry studied the Indiana University School of Music and the Cincinnati College Conservatory, first majoring in piano, then harpsichord. Practicing was often interrupted by the lure of anti-war protests and Earth Day celebrations as the KKK monitored student demonstrations in Bloomington, Indiana. Terry learned the workings of inner city Cincinnati when she student taught in the Over the Rhine district.

Terry decided that the concert life was not for her and served a special education teacher and then a regular classroom teacher, focusing on upper elementary grades. Her school in Amherst, Massachusetts was both a public school and a university laboratory school. Days were filled with science projects, math diagrams, literature, writing activities and history reenactments.

Near the end of her twenty-five year career as an educator, she rediscovered the joys of writing poetry as she had done as a child and young adult. She also began traveling extensively in western and eastern Europe, the Baltics, the Caucasus, India and northern Africa including two summers as a volunteer English teacher in the Republic of Georgia.

Terry earned her M.F.A. in Writing from the Vermont College of Fine Arts in 2005.  Her poems have appeared in many journals and anthologies including the Berkshire Review, the Cancer Poetry Project Anthology, Chest Journal, Conclave, Driftwood, Edge, Hospital Drive, Journal of the American Medical Association, Main Street Rag, Naugatuck River Review, New Verse News, Peregrine, Slipstream, Technoculture and others.